A Cup of Conversation with short story writer Anne John-Ligali 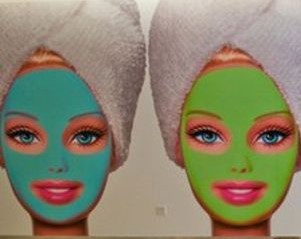 Today I’d like to give a warm welcome to my author friend Anne John Ligali who is very shortly releasing her second short story in her series about Friendships Online. If you missed her first story – The Big Event – it is available here.

In this A Cup of Conversation interview Anne shares the next story with us as well as how supportive she found The London Book Fair 2018 to be and how her daughter has accepted a Grammy Award on her behalf! 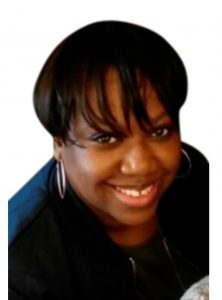 1. What genre do you write in and how did you choose this genre for your short stories?

I currently write in the romantic comedy/women’s fiction genre (although I have future plans to write some children’s books). I chose this genre simply because I really enjoy reading about women and their lives and how they survive through the ups and downs and how this makes them better people in the end.

The pay-off is so important. I have always been an admirer of this genre ever since reading my very first rom-com back in 2004.
It was one of Sophie Kinsella’s books, Shopaholic Ties the Knot. Out of all the books I had browsed in Borders bookstore that day, I picked hers up. I laughed from the beginning to the end, and that’s what encouraged me to try my hand at this genre for my short stories.

2. What is your favourite reading genre?

Well, the same genre that I write in, but I do love a gripping psychological thriller if I’m in need of something to have me on the edge of my seat! Time Slip novels (not time travel, although I love Back to the Future more than anything) are one of my other favourites. I love the idea of blending a present day story to one in the past and somehow they link perfectly. For me that’s a work of art and I also find time slips stories never seem to sag in the middle. One of my favourite time slip novels is The Paris Time Capsule by Ella Carey, which was also in fact my very first audio book. The story blew me away as it is based on a true event when an apartment in Paris was abandoned for 75 years, was only discovered not too long ago.

3. How did you choose the title of your book series?

Friendships Online, I chose because it really is about a group of people that have been friends in the virtual world for a number of years and eventually they meet up in the real world at a Christmas party. Once in the real world they still rely heavily on social media to communicate, sell themselves, brag and go about their daily lives. I had fun writing this series because I do spend time on social media as a blogger and now an author.

There have been many great, funny and not so funny things that has happened to me that I’ve tried to include in the three parts. However there’s still so much more I can write about. Although the series will come to an end later this year, this does not mean the end of Constance and friends. After all there are six friends in total, which is a lot, and they’ve already told me from the page how they each have their own individual stories that they would love to share one day. Watch this space. The culture of social media is such a huge one, and I would love to keep on writing about it and have more fun.

4. Tell us a bit about your upcoming release ‘The Weekend Spa Break’.

The Weekend Spa Break is part two and it begins on the same night about an hour after The Big Event party ends at The Dorchester. So I would recommend reading part one first, (which is great because it’s so short and you can catch up in just ten minutes) In part two we meet up with the friends again, but the story is more centered on Constance and Estelle’s friendship as it blooms while they get to know each other better at Glitzy’s Hotel & Health Spa. There are a few new interesting and the odd quirky character and I really tried to capture what it could be like visiting a luxury spa in the English countryside. Again, carrying on with the theme of social media, unlike part one’s theme that looks at vanity, and self-obsession, part two looks at how the culture of social media is/has transformed other parts of our society and how being too open online may or may not be a good thing.

5. What are you working on at the moment/what’s next?

I am in the final stages of the third and final part in the Friendships Series that is due out later this year. And I am also finishing off my romantic comedy novel set in the Caribbean, on an island that I used to live on. I am about 80% in as it’s a project I started back in 2014, so most of it is done, I just need to finish it now.

6. Where do you write and do you have a writing routine?

I love writing at home. But if I choose to write away from home, then I love writing at Leon’s Diner. I do have a favourite location as I find the space to be perfect for me to get my head down. I actually wrote most of The Weekend Spa Break at Leon’s and by the end of it, I felt like a member of the Leon’s family.

7. What steps do you take to ensure your writing is ready for release?

I have recently changed my editing process. I used to rely on writing groups at my local college which were fabulous. But I find because it is a class, I’d have to wait two weeks or more before it’s my turn to read my work out. But now since releasing The Big Event, after I do my own personal edit, I now do a round of beta reading, which substitutes what my writing group would have done, then I pass it onto my editor, then I proofread it again and again until it’s as perfect as can be.

8. You visited LBF 2018 this year. What support did you find there and how does this inform your writing journey?

Like previous years, the support at The London Book Fair has been incredible. Author HQ is the place for authors who are starting out on their writing journey as this will enable you to have any questions you have answered, and also prompt new ones.
This year was very different because it’s the first year I had gone as a published author. Not only did I have general questions, but it this time I was armoured with a different set of questions, mainly to do with marketing and finding a plan to reach more readers.
My questions also lead me to ask about distribution, contracts, membership enquiries about groups that support authors and printing costs for when I eventually decide to print my books.

I would have to say during the final editing stages when there are a number of deadlines on the horizon, that’s when things start to go wrong, things that are usually out of my control. The list is endless. But I find, after having two books published, the same things have happened and it sends me into a flurry, but I get there in the end.

10. What two things frustrate you the most about the writing industry?

To be honest, not a lot at this moment in time. And I think it’s because of these two reasons:

Send an extract of The Weekend Spa Break to my friend and author, Rebekah Louise who also write rom-coms, print off more paper copies of WSB for family and friends, planning my next summer bumper giveaway for June/July for my Books and Authors UK blog, and buy more coffee.

12. What was the last thing that made you ‘Laugh Out Loud’?

My seven year old daughter wearing a pair of my high-heels pretending to be me, by giving a really long speech and accepting a Grammy award. A Grammy? LOL!

Links: (in addition to those linked within the interview)

THE BIG EVENT BOOK TRAILER: You are welcome to share this video