A Cup of Conversation with Scottish author Jackie Baldwin

This week I’d like to give Jackie Baldwin a very warm welcome as she joins us in A Cup of Conversation! Jackie and I have connected through a Writers’ Support Group on Twitter and although we have never met in person (a date in Foyle’s is still hovering in the diary!) Jackie’s quick wit has kept me laughing for a long time after our snippets of ‘conversation’. In this interview she shares a great deal of knowledge and wisdom and I’ve discovered I have another two things in common with her; cream cakes and chocolate! So with the taste of sugar on our lips and a nice cup of tea let’s join Jackie as she talks about all things writing. 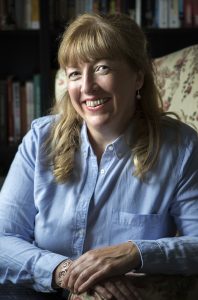 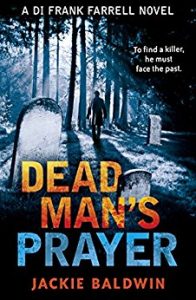 I remember writing melodramatic stories from the age of seven.

Gosh, that’s a hard one! I would have to say Jane Austen because she focalises not only on the action but on the feelings of the character which is the way I like to write. As I started off writing monologues, I was also influenced by the playwright Alan Bennett and his ‘Talking Heads.’

3. Many writers dream of having an agent/publisher; how did you secure your book deal/contract?

It had never occurred to me to send my book direct to a publisher before. I tried to get an agent a number of years ago and a few of them requested the full MS but didn’t take me on. It went in a drawer for three years. I then dusted it off, did a substantial rewrite and had just finished that when I saw on Facebook that Killer Reads, Harper Collins were open to direct submissions. I sent it off with no expectations but two weeks later, they sent me an acceptance. It was as if my body went into shock and I couldn’t stop shaking.

4. How did you choose the title of your latest book or book series?

I didn’t. My first book was meant to be called ‘The Penitent’ and my second was meant to be ‘The Art of Death’ but my publisher felt that these weren’t commercial enough. I have to say the new titles have grown on me though. I respect their knowledge of the market.

5. A Dead Man’s Prayer is Book 1. Tell us a bit about the series…who is your favourite character and why?

It’s a police procedural crime novel set in a beautiful area of SW Scotland. It involves the murder of a priest and also the abduction of twin boys from a nursery. One is recovered unharmed. The other remains missing. It explores such themes as redemption and nature versus nurture and also explores mental illness through the eyes of the main character, DI Frank Farrell. He is my favourite character because he is very conflicted and not quite comfortable in his own skin yet has a strong moral compass.

6. What are you working on at the moment/what’s next?

7. Where do you write and do you have a writing routine?

I write in the same room as I see my hypnotherapy clients in so I have to keep it all very tidy and organised. I can’t indulge in post-its and flow charts all over the walls. I don’t have a writing routine as everything has to fit round my work and the hours vary.

8. You’ve mentioned an editor so I was wondering how does that work in terms of edits and making changes? Do you agree with everything he asks you to change?

I’ve been very fortunate in my editor. He flags up inconsistencies or somewhere the tension needs to be tightened, that sort of thing. He also looks into the characters and their motivations. Why do they act the way they do and is it credible? He puts me on the spot with awkward questions and I have to wriggle like a fish on a hook until I can think of a way round something. It is very much a collaborative process and I am completely free to disagree.

I would love to say carrot sticks and humus but sadly it is chocolate and, if I’m really up against it, cream cakes. My stress levels can be measured on a sliding scale of sugar.

10. Is there any aspect of the writer’s life you least enjoy and why?

I find promoting my book quite difficult as I have always hated to stand out. However, I do like to help others so, thankfully, I have become friends with a number of indie authors on Twitter who kindly retweet my stuff and who I help in turn. I am proud to be an ‘honorary Indie.’

11. Does your work as a hypnotist inform your writing in any way?

Funnily enough, long before I was a hypnotherapist I wrote a short film script based on a revenge seeking hypnotist. Nowadays, I wouldn’t use such a plot as there are so many misconceptions out there about hypnotherapy that I wouldn’t wish to add to them.

12. What two things frustrate you the most about the writing industry?

How difficult it is to secure an agent. I know a great many authors who have succeeded in obtaining publishing deals with publishers direct but still haven’t managed to snag an agent. An agent can help you take your writing career to the next level. The other thing that I find frustrating is that there is a sense of expectation that once you write a particular type of book then you must stay in that box, nicely labelled and packaged. I think that approach stifles creativity.

A bit of both, Soulla. I do a bit of brain storming on paper then I write an outline of the story from beginning to end on two sheets of A4. I might end up with something very different but that gives me the confidence to launch into Chapter One.

Thank you so much Jackie for joining me and my readers. I wish you all the best with your upcoming release of Perfect Dead on 15th June and hope to host you again in the future. Jackie’s links are below for anyone who would like to continue keeping in touch with her and her writing career.