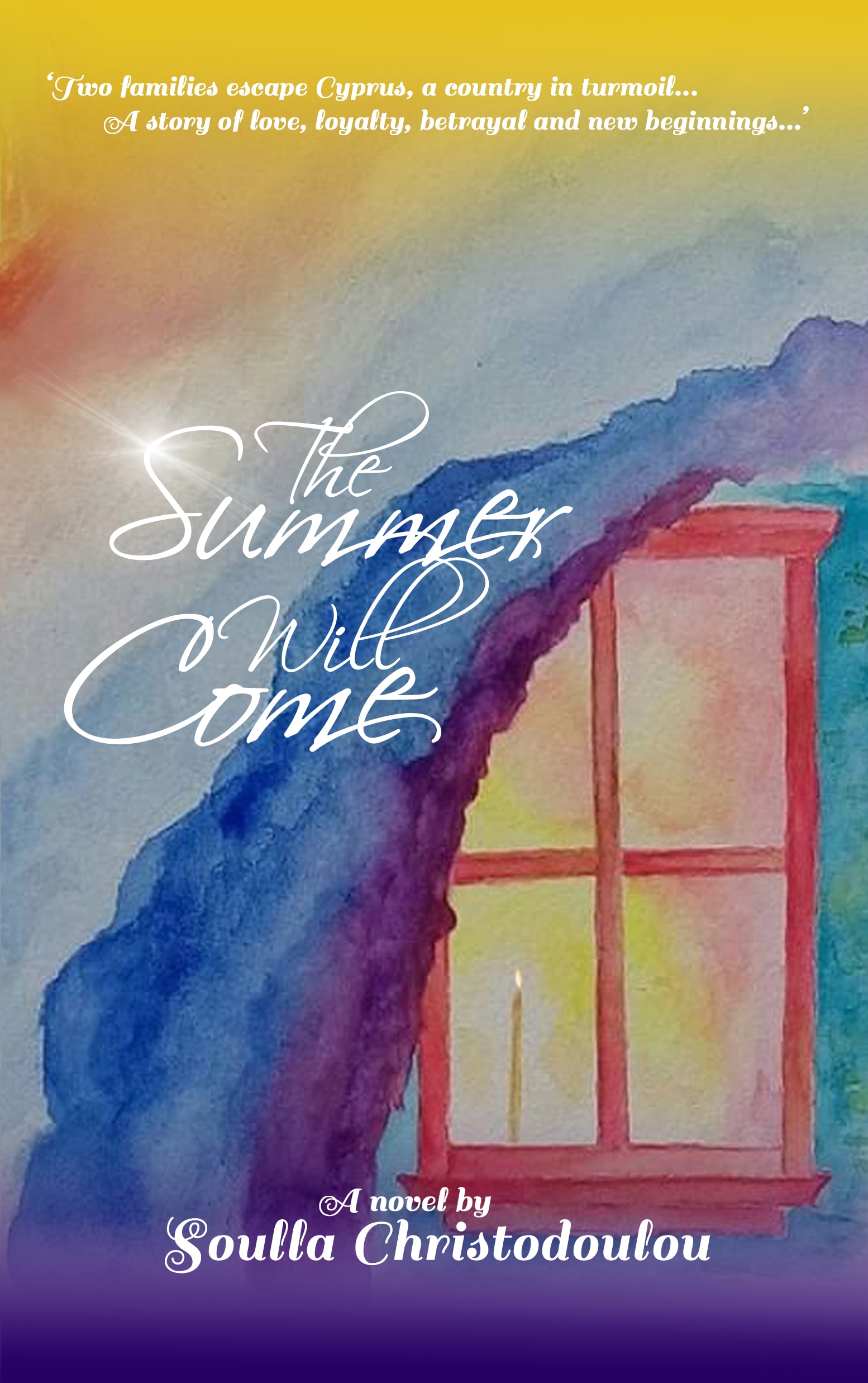 During the troubles in Cyprus, in the 1950s, many school children were caught up in the hype of achieving Enosis (unity) with Greece. Too young to be swear their allegiance to EOKA – the main group behind the fight – they often bunked school and planned their own crude attacks on the British military and even the Cypriot police. They often demonstrated with home-made flags and shouted anti-British obscenities as they marched in the streets.

In this extract, one of the main characters, Christaki, discovers that his sister Melani, and her school friend, Katerina, are involved in a planned ambush of British servicemen and vehicles close to the village of Ayios Tychonas, where they all live.

‘When I say “ready”, throw your ammunition,’ commanded Katerina as her words carried on the chilly breath of the wind.

Christaki wondered who she was talking to and struggled to catch her words. He couldn’t see anyone around, but then in the far distance he saw Melani. He recognised her yellow dress and floppy summer hat she wore to protect her from the morning sun. She looked like an ordinary young girl taking a hike across the hills overlooking the sea. What was she doing? He wondered. She should be at school. Suddenly she waved a blue scarf in the air, waving at someone. Christaki made out a boy on his bike on the road directly below. When Christaki peered back, he caught sight of Melani scrambling over the hillside. She’s going to the secret cave, thought Christaki.

The boy pedalled like mad towards Katerina and the others. Christaki could see the sea breeze blowing into his face.

‘Please God let this not be what I think it is,’ Christaki prayed. He peered back to where Katerina was now half-crouching, and noticed the other children, some as young as nine or ten, but most of them from high school. They too squatted low behind the boulders and rocky crevices of the mountainside. The more he focused, the more children he saw.

Within minutes the boy appeared at the foot of the disused field.

‘They’re on their way. Melani waved four times,’ he said, catching his breath. He threw his bike to the ground and joined his school friends crouched behind an abandoned truck.

‘So there are four trucks,’ Katerina’s distinct voice carried on the wind as she addressed the hiding students.

‘There are four trucks,’ she called out this time in a half-whisper. ‘You know what to do. We’ve got about five minutes.’ There was a commotion as the young people moved into position. Some children hid behind rocks and boulders, others crouched low, camouflaged by bushes and thickets.

Christaki saw the Keo beer delivery truck trundle past and take a right into the road leading to Ayios Tychonas. Two older men on their mopeds whooshed past, sending a billowing cloud of dust into the air. A small convoy of British military vehicles followed.

What happened next terrified Christaki and he was unsure what to do. He pushed his moped over and lay low. He scrambled over the rough terrain to where the children were hiding. He caught his elbow on a jagged rock and winced from the pain. Blood seeped through his shirt sleeve. Their action stunned him.

The thuggish children sprang out shouting and screaming. They bombarded the military trucks and jeeps with rocks, bricks, stones and sticks as they drove by. A rock hit the first jeep’s windscreen smashing it instantly. It came to a sudden halt. A screech of brakes filled the air as the trucks behind swerved and collided with it.

Christaki, his eyes fixed on the target, saw one skid, its side and windows indented and crushed from the flying rocks. It ended half way in a ditch on the other side of the road. The soldiers rushed out and ducked behind their battered jeeps; both the back tyres blown. There was no movement for a few seconds. Doors clacked open and banged shut as the soldiers got out, shock on their faces. Two showed signs they’d been hurt. One held his arm and grimaced from the pain and the other who wore no beret held his head where an open wound gushed blood.

‘British out! British out!’ yelled one of the boys and the others joined in with him as they waved their crude home-made banners in the air. A white bed sheet painted blue with the Greek flag, the initials EOKA and the word Enosis painted across it flapped in the air. A smaller flag made from scraps of blue and white silk, sewn together to form a white cross on a blue background, waved high above their heads.

Thank you for reading the extract and if you would like to purchase the book, The Summer Will Come, it is available as an e-book Kindle download and as a paperback via Amazon.