My Inspiration Behind The Summer Will Come 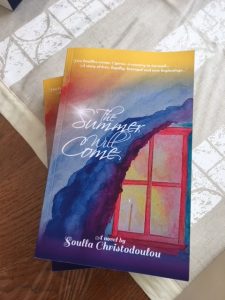 My inspiration for The Summer Will Come is something I’ve long thought about and most often get asked by readers.

As a UK Greek Cypriot, I’ve had many enriching experiences in my life which have opened my eyes to new things about me, people and the world. I guess we all get to that point where we ask the whys and hows which have given us the life we know, right?

But the seed which influenced the story The Summer Will Come came from somewhere profound and deep within me. My mum recovered from an illness which lasted over three years and brought the very real concept of death and the fragility of life to me. Up until this point I had felt the pain of losing a grandparent, an aunt and even friends… the fear of losing a parent is indescribable.

I know everything comes to an end but I began to question my life’s purpose. What legacy would I leave behind once I was gone? How would people remember me? What is this life all about?

My Greek Cypriot roots and my sense of wonder and inquisitiveness of what came before filled my heart and my mind. What was life like before I was born, what experiences made my parents the people they are and ultimately have shaped me and the person I am today?

My pique didn’t stop there and I began asking questions of my mum and dad, aunts and uncles; what brought you to England? Why did you leave Cyprus? I listened in awe at their recollections, their tales of escape, of heartache, of leaving behind their loving homeland, their hopes and dreams as their parents brought them to a foreign land with hopes of building a better life for their families. It was these stories and accounts which provided the historical thread and plot twists and turns in The Summer Will Come.

In addition, I undertook hours of secondary research. I ploughed through many books, internet sites, photographs, and images. I contacted the archives of Cypriot newspapers and journals and dug deep to find the real accounts by people and not just those facts found in history books.

I have also been privileged enough to connect with some incredible people and gained insight to their memories, thoughts, emotions and the impact that leaving their home country had on them. One key element repeated itself again and again and that was the determination, resilience, love and passion for traditions and culture that kept them going through their adversity and hardships. 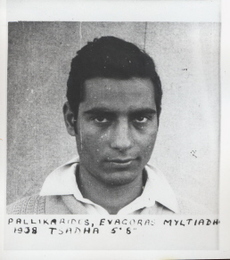 Next month I will be meeting the niece of Evagoras Pallikarides, who lives in South Africa. I made contact with her via Twitter, at the time not realising her connection to the famous EOKA hero. Her father, Evagoras’ brother, shared his most personal possessions of notes and letters and diagrams from his brother’s involvement in EOKA and meeting her in September will be the greatest honour for me.

Summary of the story:

The story revolves around two families, both Greek Cypriot living in different villages in Cyprus, one a small mountain village and another a coastal village in the south of the island. It is 1953; the year of Queen Elizabeth’s coronation and the start of what becomes a momentous period in the island’s history; a time of turmoil, political conflict and slaughter of innocent people in the name of Enosis (unity with Greece) and freedom from British rule.

The reader is carried through their trials and the final push which forces them to leave their life, the only life they have ever known, to move to London, England. This is primarily a fiction novel set against some of the key moments in the history of Cyprus in the 1950s. It is a book of hope, new dreams, hardship, determination and overcoming adversity at a time when England, too, was going through lots of changes.

The novel is written as a multi-point of view story – a mother and daughter from one family and a father and son from the other family. Elena, the daughter and Christaki, the son are the key main characters in the story. This helps to explore how the story events and situations are perceived by different generations and both female and male voice which allows the reader to get a more rounded experience of all that happens.

I have visited Cyprus many times over both as a teenager and an adult and I use the sights and smells of village life as I remember them, and as divulged to me through my research and hours of talking to all who helped in my research, to draw the reader into the setting.

Publishing this book has brought something very special to the book shelves of all those readers interested in Greek Cypriot life and traditions and 1950s Cypriot and British history. Readers who enjoy strong characters, a well-paced plot with realistic yet amazing storytelling have also enjoyed reading this book and I’m delighted with the many reviews the book has received so far.

I have cried, laughed and rejoiced with the characters in The Summer Will Come and so have many of  my readers too!

It has been an amazing journey so far and I am truly grateful to you all for reading, reviewing, recommending and shouting about The Summer Will Come across your social media. You’re all incredibly generous and your love is always welcome with open arms and an open heart.