A Cup of Conversation with debut author Olivia J. Barré 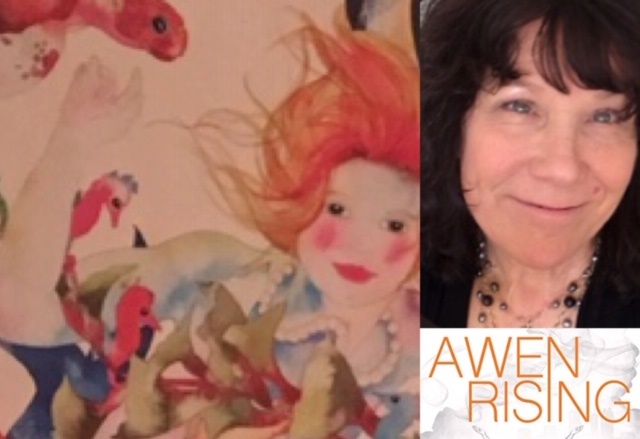 Hello and welcome to A Cup of Conversation where I am joined by debut author Olivia J. Barre who has just released her book Awen Rising. I’ve got a copy of the book and can’t wait to read it…it has the most beautiful cover too! In this interview Olivia reveals her writing process and her experience of letting go of her first book. She shares her plans for the rest of 2019 and how she wishes she could do more to support her fellow writing community than she already does. It’s hard keeping up with it all, that’s for sure! So thank you for joining us and I hope you enjoy this week’s A Cup of Conversation.

O.J. Barré hails from the lushly forested, red-clay hills near Atlanta, Georgia where this story takes place. From birth, O.J. was a force of nature. Barefoot and freckled, headstrong and gifted, she was, and is, sensitive to a fault. Books became her refuge as a young child, allowing O.J. to escape her turbulent alcoholic home on adventures to untold places and times. Her daddy’s mother was a Willoughby, making O.J. a direct descendant of William the Conqueror. Her Awen series is a love letter to that distant past. 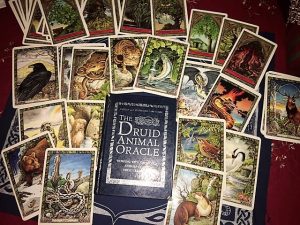 I started writing creatively as a tween – mostly poetry and letters with friends out of state. In high school, an astute English teacher told me I had a gift. But it never occurred to me to pursue writing until the early 90’s when I began journaling as part of my recovery from alcoholism. With the advent of the internet, various and sundry friends told me I should be a writer, that I had a way with words, a way of putting things so that they GOT IT. Even vague, hard-to-grasp issues.

Still, not until the beginning of the millennia did I act upon that. After moving to the California coast, I bought my first laptop and began writing a fictionalized memoir. It was both cathartic and healing, but 30 days and many words in, the Gateway’s hard drive crashed. I hired a pro to retrieve my ms, but all he could rescue was gobbledegook. From that, I learned to save hard copies of my files, and now I email them to myself on a regular basis. But losing that ms broke me in every sense of the word & I gave up writing.

Until one day, sitting on a bench on the Ventura promenade, I saw a seagull fishing with a pelican. I found it curious, but thought nothing more until a day or so later when I watched a repeat performance. It was such an odd sight that my imagination kicked into overdrive and a children’s book was born: Frank & Ernie Find Home. I had a blast writing F & E and even queried some publishers – with good feedback – then my mother died in 2006 and threw me into a 3-year downward spiral. During that time, I wrote nothing, other than daily journaling and a tiny Squarespace blog that I need to rescue from the obscurity in which it languishes.

2. What inspired your interest in druids and dragons, fantasy and aliens?

The idea for Awen Rising began in a similar way to F & E. I was preparing for meditation one morning on my porch overlooking the North Georgia woods. I sent my “roots” deep into the earth as I’d been taught years earlier. A question popped in my head – what if something from beneath the earth connected with my energetic roots and rode them back up to Earth’s surface. How would they get out of me? What kind of havoc might they create in my life and on Earth?

I was in the middle of writing a romantic novel at the time. As a PANTSER (answer to #9), I depend on the incoming ideas to develop the story as I go. But though (I thought) I’d not yet finished the romance, the only ideas coming were for this something new. I finally abandoned the romance and let the ideas roll.

With research, I knew the new book would have to be a fantasy. So I figured, “hmmm… if it’s fantasy, then it must have magic. Soon after, I saw an article about Druid Hills, Georgia (a community bordering and encompassed by downtown Atlanta), and had another AHA! Druids do magic. So the druid idea was born.

The reptilian aliens came about during research. I stumbled across a “conspiracy theory” expounded by David Icke, but which originated much earlier and was written about in Weird Tales and the like. This evil, warring race lives within the earth, but has supposedly integrated with humans, live off our negative emotions, have infiltrated our governments, etc.

The dragons were added later, after author Liv Rancourt beta’d the early version of Awen Rising. (Only at that time, the working title was Blessed Are the Peace Makers, Coming Home. Yeah…that’s a mouthful!) Liv mentioned dragons and the whole story morphed. Dragons became an integral part of the Awen trilogy.

3. Tell us a little about Awen Rising.

Awen Rising is the first volume in the Awen trilogy. Why a trilogy? Because as the ideas poured in, it became obvious that the story was too big for one volume. The trilogy format allowed the story to be fully developed, and in smaller, more manageable segments.

Awen Rising begins when the druid priestess Awen (one of the few remaining druids left at the beginning of the 11st century) saves a young William the Conqueror from death, thereby preventing an extinction event. Their resulting tryst sets the story in motion. Fast forward to the year 2042. The druids and their dragon keepers (those set with the task of keeping the reptilians in UnderEarth and the humans in AboveEarth and secret from each other) are responsible for protecting the Earth, but a veil has shrouded their memories so that they’ve forgotten the threat living within Earth – the reptilian aliens.

Plus, their heiress, Emily Hester, is missing – kidnapped by her mother at the age of 4 and shielded from her heritage and magical powers. She must be found, coaxed into accepting a lofty position of which she had no knowledge, and trained in a very short amount of time. The fate of the world hangs in the balance, tied to the fate of our heroine.

4. Please share a short extract from the book with us and tell us why you have selected this piece.

A golden glow settled on the cemetery, bathing the world in that eerie light that precedes the dusk. “We should get going, though. I’m not keen on cemeteries, especially after dark. And especially not this one. There’s evil afoot in the older sections.” Lugh gestured in the direction of the car.

“Spells were cast here long ago to hide and protect this part of the cemetery, along with any visiting druids. That dragon was part of the protection, which means,” Lugh lowered his voice to a near whisper, “the balance has been disturbed.”

Emily shivered against him.

“To restore the balance, the breach must be mended. How is your spell work, Emily?”

“So-so,” she admitted, shame-faced. “I could use some help. Doing magic is apparently not my forte.”

Lugh tucked a curl behind her ear and studied her strained features. His feelings for her warred with his mother’s cryptic warning.

“Maybe because magic is not something we do. Magic is what we are. Who we are. Magic isn’t about knowing something; it’s about using your imagination to create something.”

He was rewarded by the flicker of a spark in the novice’s eyes.

This passage occurs about midway through Awen Rising. The MC Emily has yet to GET magic and is finally admitting it and has asked her druid priest (and love interest) for help.

5. What is the key message you would like readers to take away with them after reading it?

No matter your beginnings or current circumstances, there is always a BIG LIFE calling out to you. EVERYONE, even the lowliest creature, has worth and value, and MATTERS. It’s what we do, which voice/message we listen to, that makes us who we are. GO FOR THE BIG LIFE! GO FOR THE GOOD!

6. Who is your favourite character and why?

Besides Emily, that would probably be Hope. She is a Scottish wildcat and one of the druids’ animal Elders and Emily’s teacher. She is down-to-earth, old and wise and magical, short on words and patience, and takes no crap from anyone.

And later Olivia added this! How fabulous!

I was thinking about the fav character Q after I’d sent it & while I do love Hope, I love them ALL. Even Mitchell (the attorney), who is an asshat, has value, as does Nergal, the Reptilian  general, in his own way & culture.
I think Shalane, the witch-turned-evangelist was the most fun to write, though she is a narcissist with a warped way of seeing life (to most eyes). I ended up cutting much of her backstory out as it was a bit too racy for the rest of the story.
But the truth is: after living with these characters and their stories and backstories for 7 years, I love them all. Every stinking one of them. Because beneath their brokenness, each of them has value and purpose within their own mind/life/world, and each is striving to make a difference.

7. What has been most challenging in preparing your novel for its release?

LETTING GO! I was still making minor edits two months after the editor signed off on Awen Rising, and all the way up until I uploaded the file to KDP.

8. Which three aspects of the writing journey have you improved on since you first begun your writing career?

I used to be a total pantser, and I’m still very much that. But I do also plan, at least the big picture, and to make sure I’ve covered all the bases.

10. What advice would you give a new writer?

When you get that idea, just start writing and keep going. If you hit a wall (some call it writer’s block, but I don’t like that term), it’s because you have nothing to say, or you’re heading in the wrong direction. Walk away for a while. Be still. Get out in nature. Ponder the clouds or the ducks on the pond, or whatever is before you. Listen to the wind in the trees. Watch a movie. Let it go. Then when inspiration strikes, and it always does, let it flow. Go with it. Listen. Then write the ideas down and get back to writing your story. Repeat the process as necessary.

11. What two things do you do to support your fellow writing community?

Not enough, I fear. On social media, I retweet and repost as often as possible, comment on their posts, introduce them and their work to my followers. I also beta read when possible, critique and provide edits to manuscripts, query letters, blurbs, etc, when asked, and offer moral and inspirational support when I can.

Thank you for joining us Olivia and I wish you all the best as you launch your book! It sounds like a great read and I’m looking forward to reading it. To my weekly readers, if you would like to link up with Olivia you can do so on her links listed below.

For access to O.J.’s monthly newsletter, go to: https://tinyletter.com/ojbarreauthor