A Cup of Conversation with author Phyllis Duncan

Welcome to the first A Cup of Conversation of 2018 with fabulous author Phyllis Duncan. Her interview is one not to be missed! She takes part in Nano and used to get told off for writing in her English class and her writing reflects the emotional and very personal experiences of family illness, suicide and alcoholism. So grab a cuppa and join me for this raw, open and very honest interview. 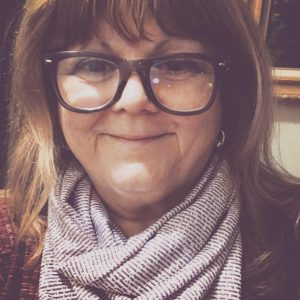 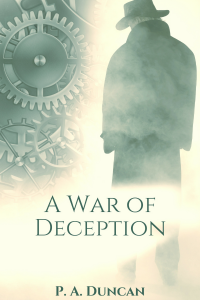 In third grade when I got my weekly list of spelling words with the instructions to use each correctly in a sentence, I’d generally write a story with them. They were always about horses, which were my passion for many years. I’d say I seriously thought about being a writer in 10th grade when my English teacher caught me writing fan fiction (Star Trek and The Man from UNCLE) in class. She confiscated my notebook but returned it to me the next day and said, “You’re a story teller. Keep writing, but while you’re in my class, stick to my assignments.” I dedicated my first book to her.

It’s a toss-up between Margaret Atwood and Stephen King. Atwood for her always challenging plots and King for his use of language. There are others: LeGuin, Bradbury, Serling, Lessing, Le Carre, Furst, Fleming. Sara Paretsky and the late Sue Grafton for getting me accustomed to strong, female protagonists.

3. Are any of the characters in your novel/s based on yourself?

In some of my literary fiction, I’ve used events from my own life, mainly to explore my emotions at the time: my brother’s struggle with illness, my father’s suicide, my mother’s alcoholism. I always said I’d never be the woman author who exposed her family’s secrets in my fiction, but, bloody hell, they’re the ones the literary journals liked! In my espionage fiction, well, that’s entirely made up, though based on in-depth research. (I was trained as an historian.) I was an aviation safety inspector, not a spy. That’s my story, and I’m sticking to it!

4. What are you working on at the moment/what’s next?

I’m working on finalizing a four-book series based on a real act of domestic terrorism from America’s recent history. It’s called A Perfect Hatred. Book one, End Times, will be out in April 2018. The alt-right and white supremacy are very much back in the news here now, but they’ve been around a long time. The series will explore their part in an act of terror that pre-dated 9/11.

5. Where do you write and do you have a writing routine?

Most of my writing I do in my home office, surrounded by my book collection and my aviation memorabilia. I have a wonderful view of Virginia’s Shenandoah Valley and Blue Ridge Mountains from my office. A couple of days a week I write for several hours in a local coffee shop or a Starbucks.

I do have a writing routine, since it’s now my job. I write around three hours in the morning and three to four hours in the afternoon. In between, I research or do what I need in marketing my work.

Hands down, chocolate and coffee, though sometimes I’m good and drink water and eat fruit, but only sometimes.

7. Is there any aspect of the writer’s life you least enjoy and why?

I’m not fond of the fact I don’t have a publicist, that prepping and posting all my marketing falls on me. I did hire a marketing consultant who provides me a plan and tweaks my marketing ideas. This has been a tremendous help, and she’s a genius because she thinks of things that never occur to me. But it remains my responsibility to do the posting. I resent it because I lose hours a week when I could be writing. However, I understand it has to be done, and since I’m not any publisher’s big-name, best-selling author, it’s part of my writing routine.

8. How did you choose the title of your book?

I’m a tremendous fan of Sun Tzu’s The Art of War. That book got me through the final years of my employment. The Art of War has an entire chapter on espionage, in which Sun Tzu says, “All warfare is based upon deception.” Hence, A War of Deception. That’s much more striking than its original title, which was “The Game.”

I’m a bit of both. When an idea comes to me, I do some outlining, mostly in the form of questions. When I sit down to write, I follow that “plan”—most of time. However, I like to “pants” it to see what unplanned things occur. For example, this past National Novel Writing Month, I had a character I thought would appear in three or four transitional scenes, enough for her to have to have a name. When I finished her last scene, I realized I’d created a character who deserved to have adventures of her own—and that’s exactly what I’m going to do. In my “spare time” I’m working on a novella to introduce her to my canon of characters.

Writing a blurb for an author friend’s new release, incorporating changes from my editor for the book coming out in April, and looking forward to a 2018 full of writing.

EXCERPT: A WAR OF DECEPTION

She considered Holt’s favorite form of drop site too public for her taste. Less than forty meters away, past the budding trees, were the backyards and windows of dozens of houses, whose occupants were al potential witnesses. Every time you put something under this bridge, or at any bridge in the parks he used, you risked some yuppie sticking his or her nose into your business.
Maybe that was the point…
And maybe you sold government secrets to the Russians because you got to feel like a real spy instead of reading about their exploits in inaccurate novels or in dry reports written in bureaucratic language.
She understood that risk. All too well.

LinkedIn: (I don’t really do LinkedIn for my writing; only the small amount of aviation consulting I do.)

Blog: Found behind a tab at www.unexpectedpaths.com

Till next time readers happy reading, happy writing, happy you!