A Cup of Conversation with author Heather MacKinnon on her release day!

Today I welcome Heather MacKinnon to A Cup of Conversation as she not only talks about her writing journey and how a weekly meet up called ‘Shut Up & Write’ helps her get the words down but also her wonderfully supportive her husband is. She reveals how she snuck two real-life stories from her childhood into this fabulous new release too. Shift is her second novel which launches today so I’d like to congratulate Heather on her achievement and say to all of you welcome to a very special A Cup of Conversation interview as we celebrate the release of Shift! 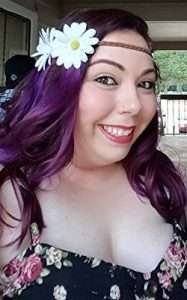 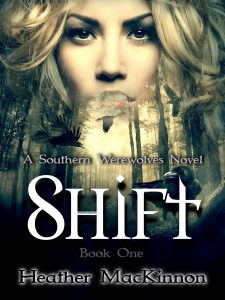 The first time I tried to write creatively was back in 2007. I wrote a whole book that was heavily influenced by Twilight (cut me some slack, this was before the movies ruined everything!). I was pretty proud that I wrote a whole book, but looking back, it was more like fan fiction than anything else. Then, in 2016, I had the urge to pick writing back up. I took that first book that I wrote, pulled out the prologue and the first chapter, and then scrapped the rest. From there I wrote my first real novel and I’ve been writing ever since.

Let me preface this by saying: I read a lot. Like, I could read 3-4 full length novels in a week. Through my voracious reading, I’ve found what works for me as a reader and what doesn’t. What leaves me thinking or feeling, and what is just passing entertainment. From there, I’ve tried to write what I would be interested in reading. What would keep me hooked as a reader. Although my preferences are all over the place, one author I could contribute some of my influence to would have to be Jay McLean. She’s an author that always makes you feel and I tried my best to channel that into this last book.

3. What personal experiences are reflected in your writing?

I actually snuck two real-life childhood stories into this book. One of them was when I wrote about the main character locking his siblings in a chicken coop. In reality, it was me who locked my younger brother in a dog cage when we were younger. I had to change the prison from a dog cage to a chicken coop because the character is one of five siblings, but the sentiment was the same. And don’t feel bad for my brother-he was having a great time, I promise!

4. Where do you write and do you have a writing routine?

I wish I had a routine, but it’s more like feast or famine with me. In the beginning, the story comes slowly as I try to navigate what to write and when, but as soon as I hit the climax, the words come fast and furiously and I’m able to bust out a couple chapters a day. But, I’m working on that! I attend a weekly meetup that’s called Shut Up & Write and I try to get at least one chapter done there per week. Sometimes I’ll even go home and cook up another if I’m really feeling the creative juices flowing.

5. How did you choose the title of your current book?

When I first had the idea to write a book about a family of werewolves, I kept calling it “the werewolf book”. That got wordy, so I began to refer to it as “Shift”, promising myself I’d come up with a better title down the road. Turns out, the name grew on me and the story grew from it, and now we’re all stuck with it!

6. What influenced the design of your book cover?

I’ve found all my book covers from selfpubbookcovers.com. With my first, I found the cover once I was almost finished with the book, but with this one, I wanted the inspiration from the cover early. I knew I wanted a mysterious-looking blonde woman on the front, and when I saw this cover in particular, it captivated me, and I knew I needed to have it for my book.

7. How does it feel to be releasing your second book?

It’s AMAZING! I had doubts that I could even write a second, but here I am, and I couldn’t be happier!

I have enough bad habits that I’ve tried to stay away from this one! I’m a person that falls into routines very easily, and if I were to start snacking while I write, there would be no end to it. Instead, I make sure to have a drink nearby, and that’s all

10. Who supports your writing journey and how do they do this?

My husband is without a doubt my biggest supporter. No one believes in me and my abilities like he does. There’s no book he doesn’t think I can finish, no idea he doesn’t think I could weave into a great story, and no critic I can’t win over. He’s constantly bragging about me to anyone who’ll sit still long enough to listen to him. Whenever I’m feeling insecure, I only have to sit with him for a few minutes to remember at least one person thinks I’m awesome.

Oh, I’m absolutely a pantser. People who can plan a book down to the chapter are like fairy tales to me, and I think they’re magical and mystical. The best I can do is a document full of bullet points for events I want to happen in a particular book. I’m never sure when they’re going to happen and half the time I’m not sure how they’re going to happen. Each chapter is a little surprise to me.

I am working on Shift’s sequel, Howl. I am still in the early stages (a.k.a. we’re in famine mode) but I’m working slowly and steadily and hope to publish it around the middle of 2018!

Without warning, she reached for the hem of her shirt, and yanked it over her head. With her dark brown hair mussed, she stood there proud as a peacock in her lime green bra.

I shielded my eyes when she reached for the zipper of her jeans.

“Have you lost your mind?” I shrieked. “What are you doing? Keep your clothes on!”

Another giggle. “I gotta’ take my clothes off before I shift if I don’t wanna’ ruin em’.”

Dread churned in my stomach. Was this whole house insane? Who were these people?

“Sure, silly. Into a werewolf.”

My hand fell limp onto my lap.

There’s no way this is real.

When Evey reached for her only remaining garment, her underwear, I turned my head the other way.

She giggled again. “You better get used to this.”

“What does that mean?”

A loud crack filled the room, and I turned to Evey again. She’d crouched down on all fours, and I watched in equal parts horror and fascination as tufts of black-tipped gray fur sprouted from her smooth skin. She tipped her head back as her nose elongated and grew.

Bones shifted beneath her tan skin, and a few muffled snaps later, where Evey once stood was now a very large wolf with dark blue eyes. I gasped, and scrambled backward on the bed, my heart racing.

For a moment I was back in the woods, broken and bleeding. I could almost feel the cold, wet leaves beneath me, feel the razor sharp teeth tear into my skin.

I shook my head to clear those thoughts and centered myself in the here and now. This wolf has blue eyes-not black. This wolf hasn’t tried to harm me. This wolf is apparently a werewolf. But, if she’s a werewolf, does that mean…

Thank you so much Heather for sharing your writing journey with us on this special day as you release your second book! Wishing you every success and hope to welcome you back for another interview on A Cup of Conversation again soon!