A Cup of Conversation with author Mark O’Neill

Mark O’Neill is one of the first male writers to contact me about being featured in this series and I must say I’m truly delighted that he did. His interview is not only inspiring but he is open about his thoughts of the publishing industry and admits one of his book character’s sarcasm comes from him as he too can be a little sarcastic! He is a huge ambassador of Indie authors, so he already has a big tick next to his name from me! He’s a night owl and writes best between the hours of midnight and 3am and reveals how two of his books were inspired by real stories in the German news. You won’t be disappointed so welcome to this week’s A Cup of Conversation! 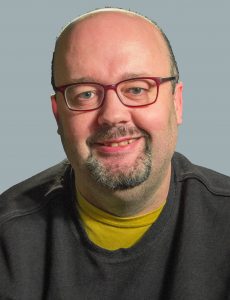 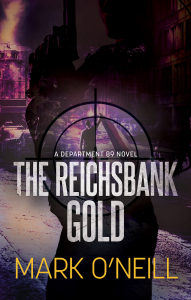 When I was 10 years old. I remember writing about a deadly ninja that would go around beating up the bad guys. But this deadly ninja had feelings and would go home after a day’s hard work doing ninja’ing and talk to his dog about how he felt. It was really bad writing and I would cringe in embarrassment if I read it now. Remember I was only 10 and I am now 43!

But looking back, I realise it was the first time I started writing fiction where I was really rooting for the underdog. Justice and fairness has always been a constant theme in my writing.

2. Which author or authors has/have most influenced your own writing style?

The author I have always idolised is Sir Arthur Conan Doyle, and every year I re-read the Sherlock Holmes books religiously. When I was a boy, I read the Hardy Boys books and Enid Blyton’s Famous Five and Secret Seven books. I love detective books, spies and codes.

3. What was the last book you read and what lasting message did it leave?

My reading has fallen by the wayside recently, as I try to write more of my own stuff. Today I started the new Daniel Silva book, “The Other Woman”, featuring the Israeli assassin Gabriel Allon. What message does it give me? That I have no chance in hell of ever bettering Daniel Silva! He is the spy thriller master.

4. Are any of the characters in your nine published novels based on yourself?

Not directly, but I do try to put tiny little bits of me in each character, maybe just a small trait or two that only people who know me well would recognise. For example, the main character, Major Sophie Decker is a sarcastic person, always ready with a smart-ass reply to someone’s stupid question. That is definitely me.

Her deputy Wolfgang Schmitz reads Asterix books and is always cracking jokes, looking as if he can be easily trampled on. People underestimate him but he can turn on you in an instant if pushed into a corner. Again, me.

Then there is Sergeant Max Amsel, a black guy who experiences racism in Germany because he’s black. I experienced racism in the past because I was a foreigner in Germany and I was attacked in 1999 by skinheads down in southern Bavaria after defending a black friend who was also being attacked. So I put all of my racism experiences in Amsel.

Finally, Department 89’s resident tech expert, Sergeant Katja Liebermann, has all of my tech and geek knowledge. She’s only happy if she is behind a computer screen.

A lot of people have asked me this and I honestly can’t decide between Decker and Schmitz. Both of them are my favourites and I can’t choose only one. Females will like Decker for her kick-ass uncompromising tough attitude in a job which is traditionally a macho man’s world (Military Intelligence). Men will like Schmitz for his smart Italian suits, his humour, his loyalty and toughness.

6. Tell us a little about your new series Department 89?

Department 89 is a covert German military intelligence unit which officially does not exist. The rest of German Intelligence is unaware that it exists and it answers only to the German chancellor and to her chief of staff. D89 deals with the security problems that the rest of German Intelligence and the German police cannot deal with, perhaps because there is no evidence to make an arrest, or because conventional law enforcement obviously cannot take the law into their own hands.

D89 on the other hand can do what they want. They do not have to follow the law and can make a spontaneous judgment call as to whether someone lives or dies. They are privately nicknamed “the chancellor’s private hit squad”. It’s hard to keep the department accountable to laws when officially they do not exist. So in a way, they are a nice convenient solution for the chancellor when she has a situation that normally cannot be dealt with. She can call in her black-ops people and tell them to quietly dispose of the problem.

7. Where do you like to write and do you have a writing routine?

Due to crippling back pain, I must lie down when writing, either on the bed or on the sofa. So my laptop is my most valuable possession. My writing routine is to do the books late at night between midnight and three in the morning. Any other time of the day, I have terrible writers block.

8. Why would readers enjoy your books?

Because they have action, adventure, fun, excitement, and escapism. Think of James Bond or Jason Bourne and multiply by 50. Plus female readers will enjoy seeing a strong female lead character for a change, instead of the woman traditionally being the sex symbol who looks lustfully at the male spy. Now the woman is in charge and the men are the second fiddles.

Editing. And having to deal with horrible people who seem to delight in sending nasty emails about how bad the books are in their opinion. I find it sad they have nothing else in their lives worth doing if all they can do is email me to complain about something in my books.

10. Where do you find inspiration for your espionage books?

Other books and movies, as well as the news. I am always scouring German newspapers, websites, and history books to find possible new angles. When they found unexploded World War II bombs outside Berlin last year, I changed the bombs to poison gas and it became “The Beethoven Syndrome.” When the Neo-Nazi APD party got into the German parliament last year, it inspired “The Reichsbank Gold.”

11. What is your process for ensuring your books are ready for release?

Setting a release date on day one and publicly announcing it. That way, I can’t back down from it. That forces me to keep working and stop procrastinating, knowing the clock is ticking down. Plus not sleeping too much.

12. What two aspects of the writer’s life frustrate you the most and why?

Well as I said before, I get so much hate mail from pitiful hateful people and I am always told by my friends and family not to reply to it. That replying just keeps it going because attention is what they are looking for. But like Sophie Decker, I don’t turn the other cheek when getting insulted. So I am my own worst enemy.

The other aspect is the arrogance and rudeness towards indie authors, by the “traditional” publishing industry, by the media, translators, book conventions, etc. When they find out you’re an indie author, they look at you as if you are a contagious disease. I always say to them “I make 70% royalty on each book. How much do you make? 10% if you’re lucky?”.

That doesn’t improve the atmosphere but they know I’m right.

13. What three pieces of advice would you give a new writer?

Never give up writing. Always edit your work. Always read other books.

A pantser. Planning is torturous for me. Planning takes all the fun out of writing. Just start typing and see where your mind takes you. To paraphrase a popular British TV comedy programme, “we’re now entering his mind. Expect filth!”

Stephen King said something along the lines of “if you don’t ever read, you don’t have any business being a writer.” He’s right.

Writing the next Department 89 book (due out in September). Writing book one of a spin-off series, due out in the middle of August. Getting ALL of the Department 89 book covers re-designed by a lovely talented friend of mine in the US. The German and Spanish translations of my first book will also be out in August.