A Cup of Conversation with author James Walker 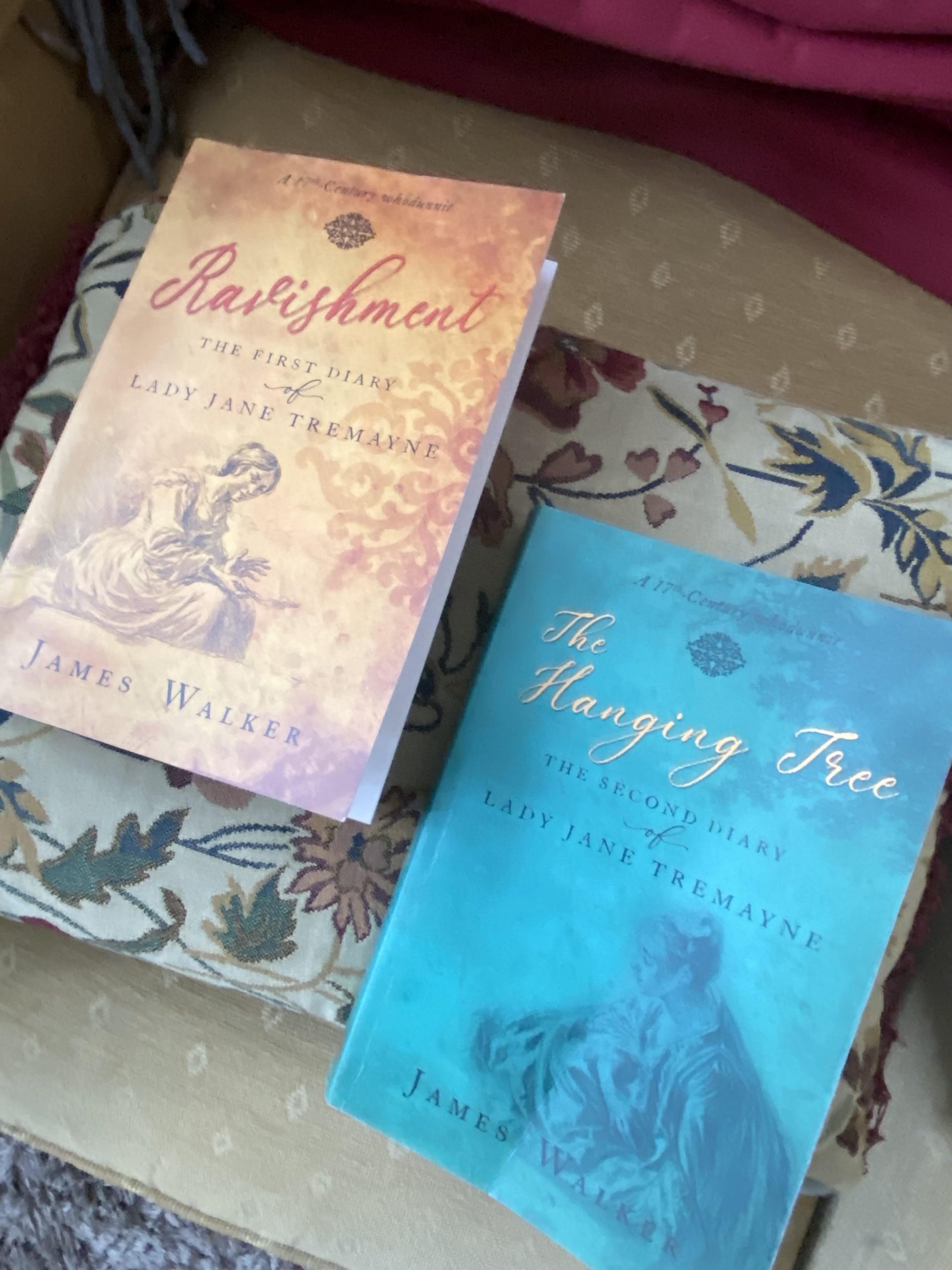 Hello and welcome to A Cup of Conversation where I am joined by author James Walker who talks about the inspiration behind his writing, his interest in the 17th Century and who he would most like to meet from that period.

I’m grateful to have received copies of two of James’ books – the first two in his whodunnit series, Ravishment and The Hanging Tree –  in advance of this interview.

I have read both and admittedly I still find myself drawn to his beautiful writing and the scenes laid out so clearly on the pages. Both books had me engrossed for hours at a time and I’m missing the adventures of Jane and Olivia. 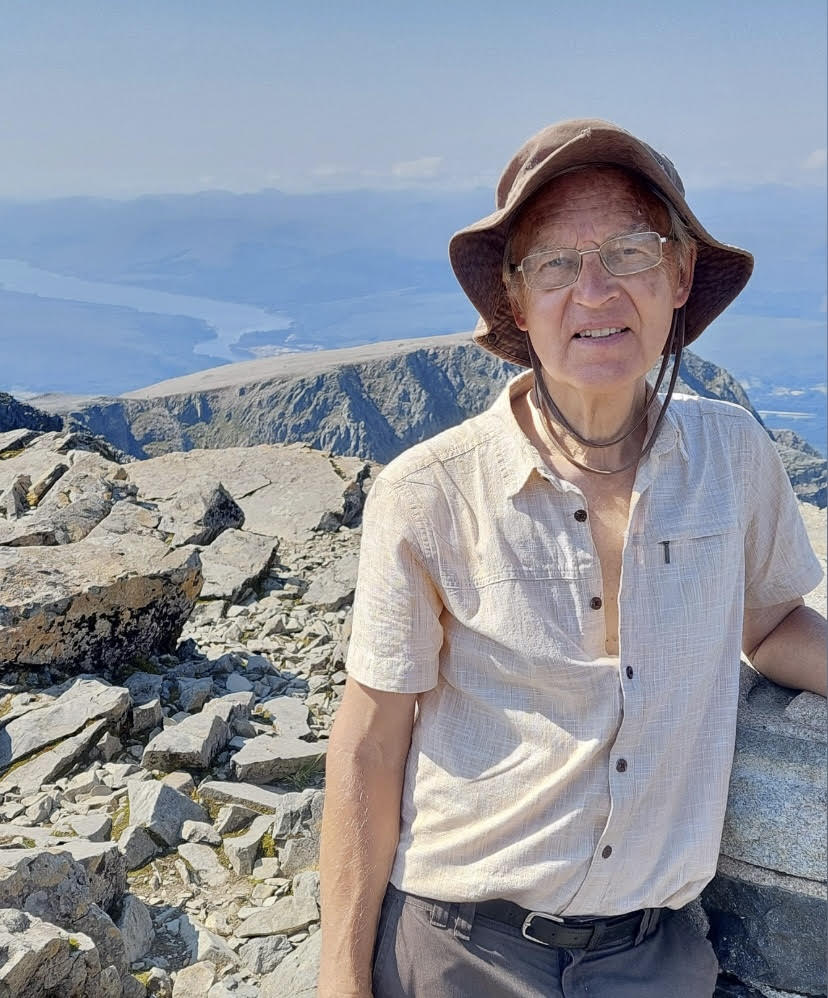 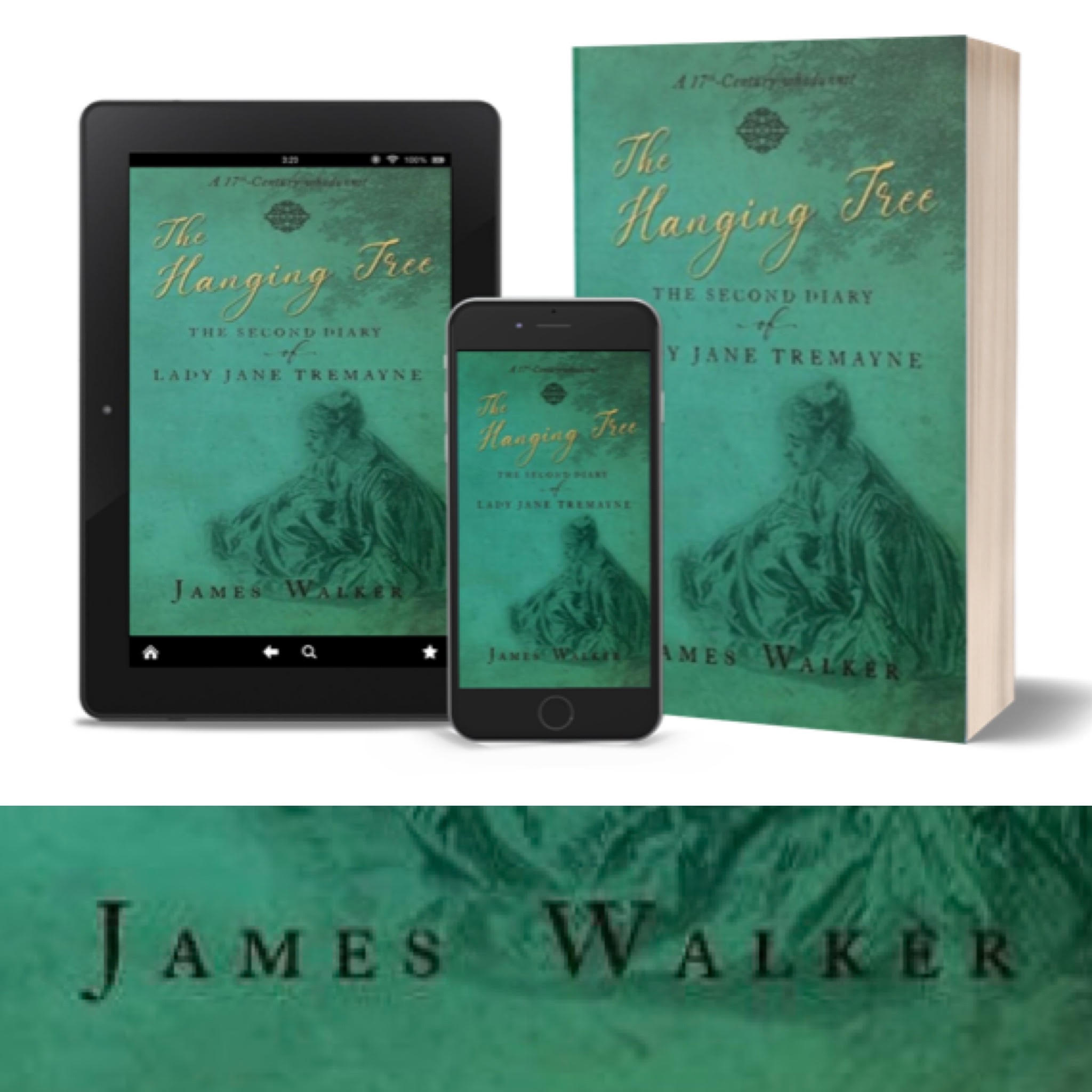 I’m just 71 so a long time ago but what I wrote in my late twenties and early thirties wasn’t of anything like a publishable standard. Then, while my children were growing up I wrote children’s short stories and a fair amount of poetry.

Finally, more than fifteen years ago now, I began to write an historical novel, Ellen’s Gold, set in the Napoleonic era, of which I’m still proud as it was a labour of love and went through quite a few drafts and revisions. It was also a steep learning curve in terms of seeking a decent writing style and I needed a lot of advice.

2. How did you first become interested in writing books set in the 17th century?

I’ve had an interest in 17th century since I was a child. It’s always excited my imagination far more than the more popular Tudor era.

I can appreciate the fascination of the latter, but the era between 1640 and 1660 was just as dramatic, and as a consequence of the civil war, the King’s execution, and the Commonwealth under Oliver Cromwell that succeeded him, the established order was shaken to its very foundations. It was not just a civil war but a revolution.

3. In what way has your career as a lawyer influenced the themes of your books?

I would say not at all, though I would add that when it came to creating a character like Lady Jane, how she goes about her investigations, and the advice she often seeks from her lawyer, Francis Overbury, a legal background was certainly very helpful.

4. Who is your favourite character in Ravishment, the First Diary of Lady Jane Tremayne and why will readers like him/her?

These are first person novels with the central character very much being Lady Jane, who’s widowhood gives her a degree of independence, which she would not otherwise have been able to enjoy in 17th century society. She’s very determined, with a strong sense of justice, by her own admission often too impulsive, and thanks to the independence she enjoys, daring to tread where women were not expected to.

Of course, she also acts in partnership with her more cautious friend, the spinster Lady Olivia Courtney and I hope the interaction between them has its appeal.

5. Please share an excerpt from your latest novel, The Hanging Tree, the Second diary of Lady Jane Tremayne, and tell us what you like about it.

I like to think this passage gives a good flavour of the fact that this is as much an adventure novel as it is a whodunnit. Jane and her maid, Mary, have been kidnapped and are in danger of being sold into slavery until a shipwreck gives them hope of being able to escape. That hope is, though, still a slim one, until, by sheer good fortune, an unknown Englishman appears, but will
that of itself be enough to save them?

6. What has your experience of writing the book taught you about yourself and your writing?

I find that a quite a hard question to answer.

I know I couldn’t have written either Ravishment or The Hanging Tree without first creating a plot outline that I thought was credible.

Some writers may not see the need for this but certainly with whodunnits I think it’s really essential. I pretty much understood that before I started to write these books and completing them has just emphasised to me that having a general idea about characterisation and setting and then hoping everything will come together as you write the book, is unlikely to work very well, if at all.

As for the first part of the question, these are not literary novels seeking to explore the deeper realities of the human condition and I didn’t write them with any great sense of introspection.

I’m essentially trying to be entertaining and really just had the idea that a strong female historical character ought to have a lot of appeal in circumstances where for much of human history women have for the most part been very much the underdogs and in some societies still are. The
exceptions have also needed to be quite special human beings and it’s hard to bring any to mind apart from say Joan of Arc who weren’t from privileged backgrounds. Even then, in order to be fortunate enough to inherit wealth, and with it independence and even power in their own right,
they basically needed men to die without leaving male heirs. Bess of Hardwick, who lived in the 16th century, is a good example amongst the English aristocracy and Queen Elizabeth the First
the supreme example amongst the nation’s monarchs.

7.Who would you most like to meet from the 17th century and what two things would you ask
them.

There are a lot of interesting contenders here and I’m going to exclude William Shakespeare, who might otherwise have been a first choice as although he lived into the 17th century, he’s seen as being more of a 16th century personality from the Tudor era. For the purposes of this exercise I’ll also stick to people from these islands although talking to people like say Galileo or Rembrandt would be fascinating. Then there are all our Stuart Monarchs, Oliver Cromwell, of course, and Samuel Pepys.

The list goes on, but I’m going to opt for the great metaphysical poet, John Donne, and also for Queen Henrietta Maria, spouse to King Charles the First, although if I was going further afield Queen Christina of Sweden (once portrayed on film by Greta Garbo) would certainly be worthy of consideration.

My questions to John Donne would be firstly to ask him his opinion of the characters of King James 1 and King Charles 1, both of whom he knew quite well, and secondly to elucidate on the ideas behind his great poem No Man is an Island…

My questions for Queen Henrietta Maria would firstly be to ask her what is was like to be married to King Charles the First and secondly whether there is any truth in the possibility that Henry Jermyn, who became Earl of St Albans, was in fact King Charles the Second’s father. A
fluent French speaker, he was certainly very close to the Queen, who was French born, and he and King Charles resembled each other.

8. What most surprised you about the writing community?

I question whether there is any such thing as a writing community to be surprised about. Certainly, to the extent that it exists it’s a very loose and disparate one. Perhaps that’s not too surprising as writing is such a personal and solitary activity.

9. What do you find most frustrating about the writing/publishing industry?

It could be more honest about the realities of publishing. There’s an implicit assumption that publishers/agents are the gatekeepers of professional excellence in writing but I think that’s somewhat questionable.

Literary excellence is a skill to be admired and perhaps an innate gift given to very few. Hopefully, publishers are good at spotting this when they see it, but there are quite a few examples of their failing to do so, or, perhaps more to the point, failing to see what they can in fact expect to make a profit from.

The honest approach would be to just admit that publishers and agents exist first and foremost to try and make a decent profit out of marketing books and in the twenty-first century by far the easiest way of doing that when it comes to
literature is by promoting established writers, of course (the fortunate few, many of whom are outstanding) or celebrities who have decided to write a novel and expect to sell copies on the back of their relative fame.

For everyone else, in what is admittedly a very crowded market with writing never having been easier from a practical perspective, (I remember the days of typewriters and physical encyclopaedias!) it’s a very much tougher game with thousands of perfectly well written novels never getting more than a first glance. I’m not saying that it’s ever been easy in any era but I believe there are now fewer mainstream publishing companies than there were twenty years ago and that doesn’t help either

10. What are you currently reading?

It principally follows the lives of six Germans who opposed the Nazis, is brilliantly researched and reads like a novel. I have German ancestry, have written a novel about the Nazi era, Aliza my love, and have a good knowledge of the history of that era.

However, before reading this book I never fully appreciated how widespread the opposition to Hitler actually was in Germany, culminating in the plot to assassinate him in July 1944.

Unfortunately, the Nazis were utterly ruthless in stamping out opposition by means of intimidation, imprisonment and executions.

Further, they had a master of propaganda in Joseph Goebbels. It’s a sad book but I’d make it required reading for teenagers so they can fully appreciate the capacity of any government with a Fascist mentality insidiously make life hell for anyone who disagrees with its agenda, and, with Germany as the prime example, ultimately even bringing their country to total ruin.

Thank you for joining us, James, and I wish you all the best as you promote your newly-released  book and all the others that came before! I certainly enjoyed reading Ravishment and The Hanging Tree.

And to my weekly readers, if you would like to link up with James Walker you can do so on his links listed below.