A Cup of Conversation with author Daisy Wood 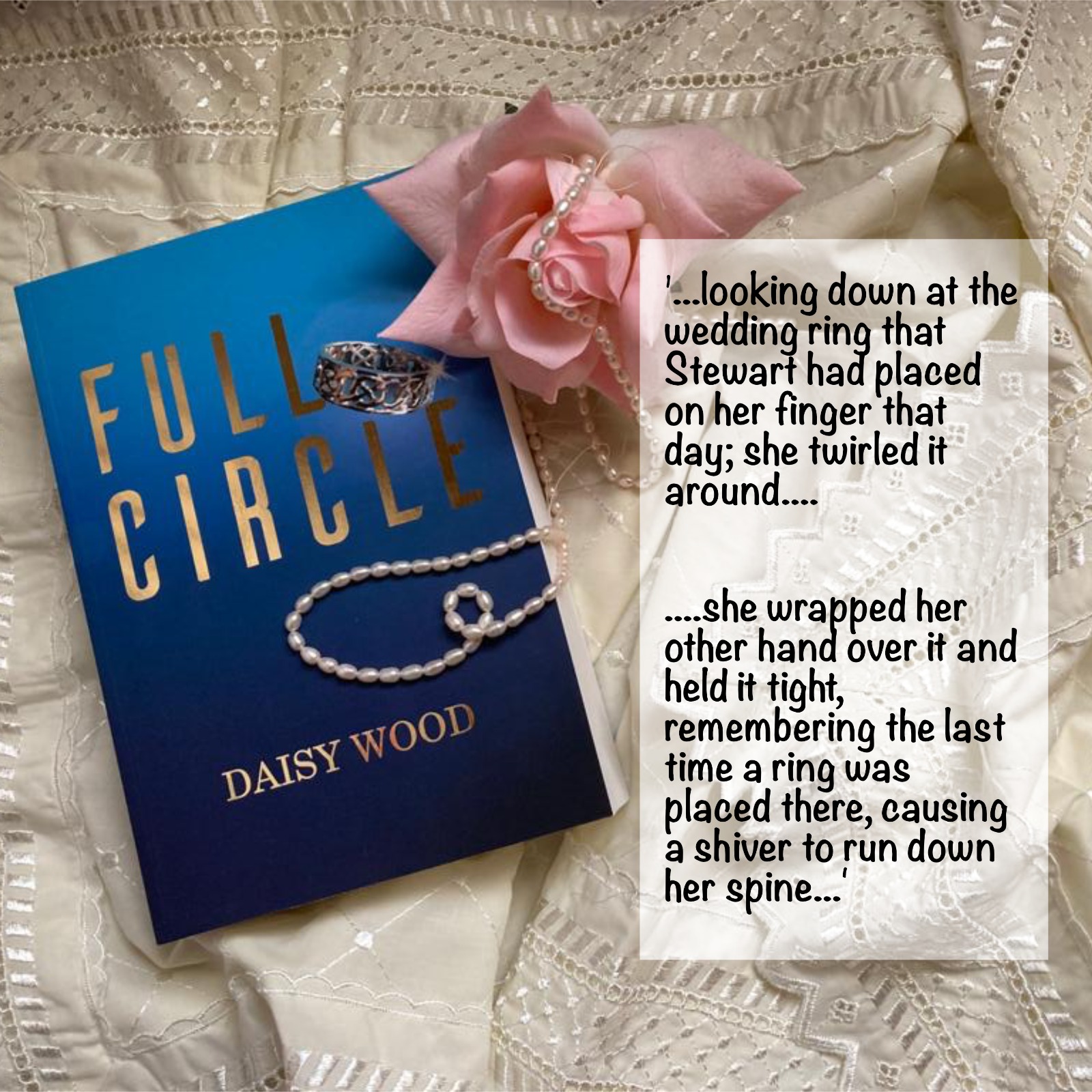 Hello and welcome to A Cup of Conversation where I am joined by author Daisy Wood who has released her debut novel, Full Circle, at the age of 72; a true example of how life can always surprise and reward us and it’s never too late to fulfil our dreams.

I’m so grateful to have connected with such a beautiful soul and kindred spirit across my Instagram account.

In this A Cup of Conversation interview Daisy reveals her experience of  writing and her inspiration, her favourite authors and those who have influenced her writing.

So thank you for joining us and I hope you enjoy finding out more about Daisy Wood and her story, Full Circle, set in the 18th Century. 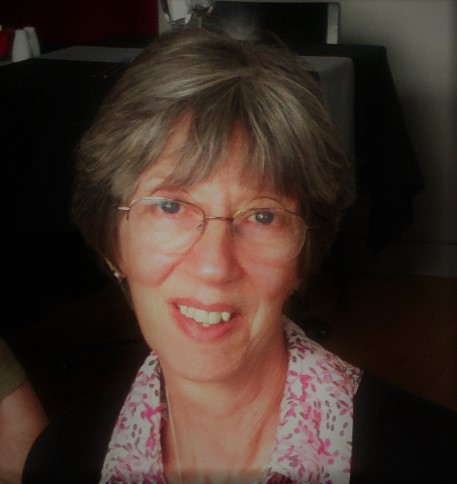 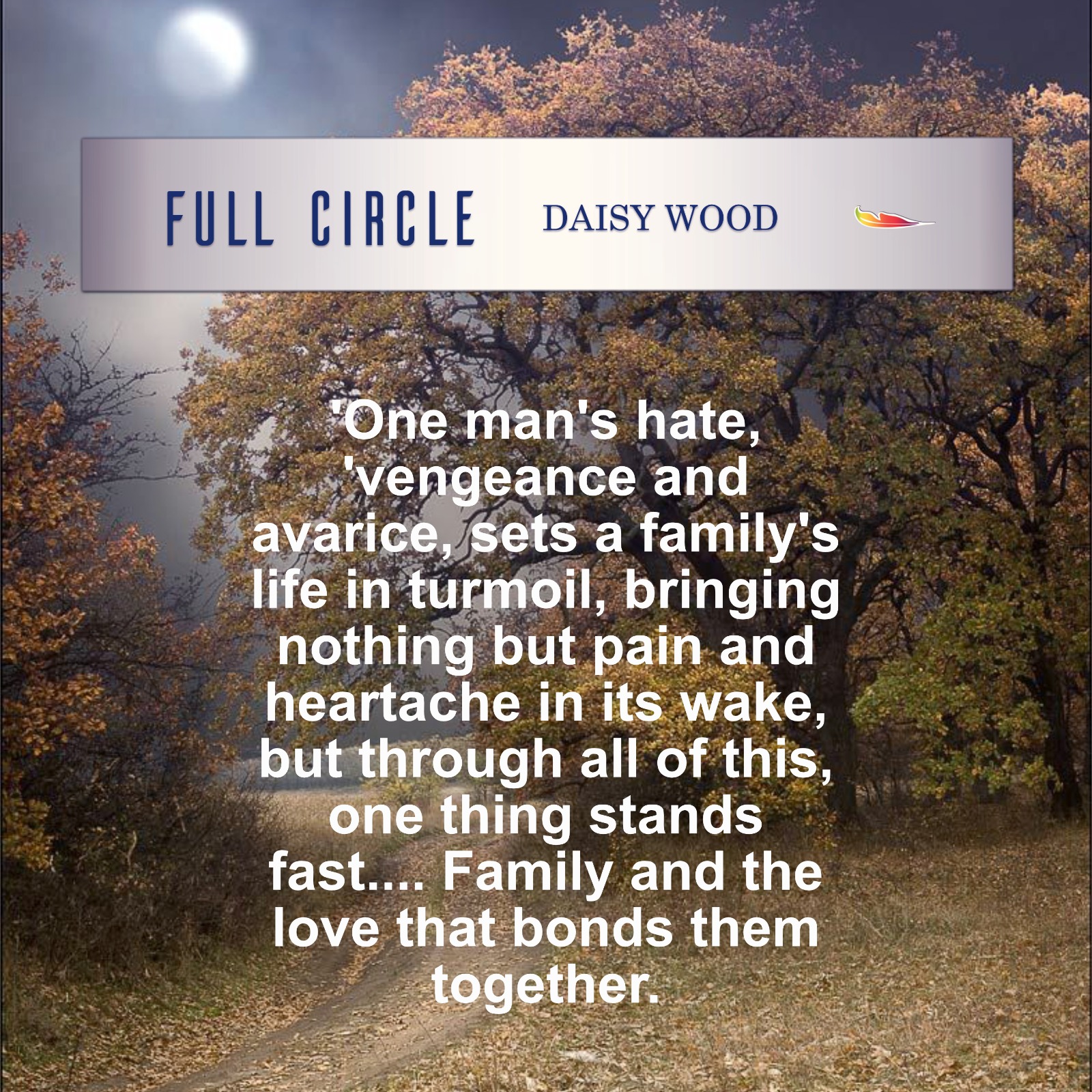 1. What inspired you to write your story, Full Circle, which you first started writing over twenty years ago?

I was inspired to write many years ago when I was around 20. All my life I have loved reading, and in the office where I worked the other girls were the same. Books went around the room like sweets at a children’s party. If I am truthful, there is one book that I read then Devil Water by Anya Seton that really inspired me to write. It was a beautiful book written about the time of the Jacobite rebellions, and has stayed with me all these years. So, I started writing my book at least 50 years ago.

An Italian friend Marisa who I worked with then gave me the idea for the Italian connection. I have no idea where she is now, but I acknowledged her in my book. I had written around 10-16 chapters, when life took me down a different path, to Cyprus, then back again to England.

I thought about the book many times, but it was not until both parents passed, that I found it at the back of a cupboard, still in the brown envelope I had placed it all those years ago. So, I decided that when I retired, I would finish it. It took about a year of research, then 2 years to write, and two years to publish. It is still very surreal to me that this has happened, and sometimes I look at the book and ask – ‘Did I really write this?’

2. Tell us about how you chose your pen name; it’s a lovely story.

My pen name comes from my mother’s maiden name. Daisy Wood. There was never any doubt that I wouldn’t use this, because if she had not kept it, it would never have written the book. I had the kind of parents who really believed in me. They would say that I could be anything I set my mind to. Their faith in me was so strong. This book is in their memory, and the dedication is also in the book.

3. The story is set in Wiltshire in the 1700s. Can you share an excerpt which shares Wiltshire’s setting with the reader?

Mere was on the main route from London to Exeter, and all the stagecoaches stopped there. This instance talks of that :

‘As they approached Mere, they could see that the noon coach to Exeter had just disgorged its cargo onto the road outside the Angel. A cacophony of sounds abounded where its passengers who were ending their journey in Mere fought to find their baggage amongst the many boxes and bags piled in a heap. They were hot, tired and thoroughly disgruntled. One young woman had given up completely and was sitting by the road with her head in her hands.’

4. How have you incorporated your own experiences of growing up in your book?

My experience of growing up was of a tight knit family. My mum was the eldest and only daughter of 6 six surviving children. My dad the 3rd youngest of 6. Their bond was something that I have tried to embed this within the book. At the heart of the story lies the family, and the bond that is unbreakable, no matter what disasters befall them. They will help and defend one another even unto death.

5. On your Instagram feed you have a quote by Mason Cooley – “Reading gives us some place to go when we have to stay where we are.” How has reading helped you during the Covid-19 pandemic ?

I must admit, the restrictions that had to be imposed on us through this COVID-19 virus have taken their toll. For those most vulnerable, it is like a form of house arrest, but, one that had to be maintained to save lives.

Both reading and writing have been a form of release for me, a magical time of escapism where you can enter other realms, and for an hour or two, forget about the reality of life as it is. Just as the quote says.

6. What was the last book you read and what lasting message did it leave?

The last book I read was Holding out for a Hunter by Sloane McClain It is pure escapism, based on myth and legend, and I loved it, in the same way I loved all of the Percy Jackson movies. J What did I learn from it? Just that everyone should dream, step into a world other than this one, just for a while, and this author has the unique talent of slipping seamlessly between this world and fantasy within her books. Saying this I have also read others which have broken my heart, like Khaled Hosseini’s A Thousand Splendid Suns.

7. Are any of the characters in your novel, Full Circle, based on people you know?

Yes, there are a few. The most prominent ones are Mrs. Cottle and Spike, who are based on my maternal grandparents. As I was born a year after the war ended, they looked after me during the day so that my mum could work. It is their gentle kindness and quiet humour you will find in those characters. There are a few friends within the pages as well, but I think they know who they are.

8. Which of your characters is your favourite and why would your readers like them?

Favourite character? Well I think I must say Stewart. Although he is strong in both mind and body, he is also very vulnerable, and carries the weight of his family’s troubles like his own, fighting their injustices. He is probably the loyalist friend that one could have, as when he sees others who are persecuted, he will do all that is within his power to help, much to his own detriment. This being his downfall many times.

9. How did you organise your writing process and how did you prepare your book’s release?

Organising my writing process? I had no idea at all. So, I started to put some of what I had written onto my laptop. Having transcribed the first two chapters, deciding then where my story would be placed, I began my research into the 18th Century.

There is a rich wealth of knowledge out there. I did this research for about six months, but once I started writing, as difference situations, people came into my story, I would do more research, noting everything down for the Bibliography (past experience with writing essays taught me that lesson) Apart from constructing the story playing out in my head, I loved the research. Sometimes I would get side tracked, and had to pull myself back. I wrote every day, but would always keep a notebook to hand to write down everything that came into my head. Even sitting on a train my characters would speak to me.

Once I had he whole story I then set about editing. I read and re-read, altered, moved, deleted, and checked the spelling about 12 times in all, till I knew it off by heart. Only then did I send it to a publisher.  It was some time till I heard back, so I thought it had just been thrown onto a pile.

It took two years in total for the book to be published, going back and forth many times, as I wanted to use quotes from the Bible and other books like the Common Book of Prayer, and a quote from Shakespeare’s The Tempest which is at the beginning, and very relevant to the story.

After all this I was in no way prepared for the release. It came at the end of January 2020, and a just over a month later the whole country was in lockdown.

So, with the help of my little fairy (my granddaughter) I set myself up on social media. This year has been very hard for all authors, especially as they were unable to get out and promote themselves, but saying this, I have been on a roller-coaster of a ride that I never thought possible at my age. I deem myself very, very lucky indeed to have been given this opportunity.

10. Is there any aspect of the writer’s life you least enjoy? Why?

The least enjoyable, is the editing. It is laborious, time consuming, till in the end you have word-blindness! I found the best way was to do a few chapters at a time, then walk away to do something quite irrelevant so you could come back with a fresh mindset to tackle a few more. I expect most writers will say the same.

11. Do you plan to write another book?

Do I plan to write another book? Yes, if God allows. I have written 18 chapters of a sequel to Full Circle, around 75K words. Will it ever be finished… published? Who knows… but I can dream.

12. If you were able to meet any author, alive or dead, who would you choose and why?

Another author, alive or dead? Well that’s a tricky one. There are so many Greats out there, but I think I will say Agatha Christie.

Why? When I was young my aunt gave me the complete works of hers, of which I read every one. She wrote a total of 75 books, not all Miss Marple and Poirot, but stand-alone stories as well. I would love to have a conversation with her and try to understand how her mind worked. She probably wasn’t the greatest of writers for some, but think how her books have survived the years.

Can I just add, failing her, I would welcome a meeting with any of the Bronte sisters or Jane Austen. Now there is inspiration for you, especially at the time they lived.

Thank you for joining us, Daisy and I wish you all the best as you promote your book and work on the sequel. I certainly enjoyed finding out more about your author life and have found it both informative and inspirational.

And to my weekly readers, if you would like to link up with Daisy you can do so on her links listed below.