A Cup of Conversation with Karen Heenan

Hello and welcome to A Cup of Conversation, the first in November, where I am joined by Karen Heenan who has just released her book Songbird a few days ago.

Huge congratulations Karen and I absolutely love your book cover! In this interview you reveal your writing process and your experience of being published through Authors 4 Authors after pitching your book on Twitter’s PitchMad. Your insight into writing and being published is shared honestly and openly and you’ve shared some great advice too about plotting and outlining and that dreaded part of the process, editing.

So thank you for taking the time to take part and to you for reading…so let’s get going. 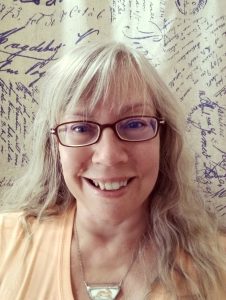 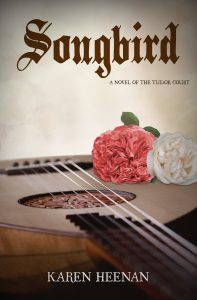 I started “writing” before I could write – I was always a storyteller, even when I was small, and since I was an only child, I had a village of Barbies and other dolls to populate my stories. As soon as I learned they could be written down, there was no stopping me. I think I wrote my first real story in first grade – with illustrations, of course.

2. What did you enjoy reading as a child?

I caught the reading bug from my mom – seeing her with her nose in a book all the time made me wonder what the big deal was, and I pestered her to teach me to read so I could find out. (She also realized she’d have more time to read if I had my own books, so I got my way). I loved the Little House books and Anne of Green Gables – even then I preferred my fiction historical. I also liked anything with talking animals, which I haven’t yet found a way to incorporate into my fiction.

3. It’s an exciting time for you as you have only a few days ago released your historical fiction novel, Songbird, set around Tudor times. What attracted you to this period of time in history?

I saw the 1970 BBC series about Henry VIII and his wives on Masterpiece Theatre and I was hooked. My mom was also a fan of the era, and she explained the bits I was too young to understand. I always found the period to be fascinating – not necessarily Henry VIII himself, who is less likeable the more you know, but the people around him and the enormous changes that were brought about as a result of his choices are endlessly interesting to me.

4. How did you go about researching this period and how did you choose what to include and what to exclude from your story?

A love of historical fiction led to reading a lot of history, which in turn gave me the idea for Songbird. Because I’ve read so much Tudor history over the years, I already had a general outline in mind of the historical time frame that the story would fit into, but then I had the fun of researching characters and events that would flesh out the story and make it seem more real.

Knowing what to exclude is harder than knowing what to include. When you’ve done a ton of research, you want your readers to know all these things right along with you. And in the first and second – and maybe third – drafts, you include ALL the information. Info dump after info dump. Slowly, you begin to realize how much the reader doesn’t need to know to enjoy the story, and then you start working in reverse, paring down on the excessive detail so that it doesn’t take away from the story you’re trying to tell.

5. Can you share an extract from the book and tell us why you chose this particular part of the story.

This is part of the first chapter, when my main character, Bess, arrives at the court of Henry VIII as a child:

“Two days before my tenth birthday, my father sold me to the King of England.

When my mother shook me awake in the gray December dawn, I was told no more than that we were going on a journey. I wondered why my father would choose to travel in such bitter weather, and my questions only grew as we spent the day on one frozen road after another.

The sky was black when we finally arrived at Greenwich, and I was exhausted and near tears. We trudged past the gatehouse through deep drifts of snow. The thin soles of my sister’s boots might as well have been paper against the rutted track.

By the time we reached our destination, all I could see through swirling flakes was an endless expanse of brick rising to melt into darkness and more glass windows than I knew existed. A glow issued from the panes on the ground floor, and higher up, slivers of light escaped tight-closed shutters. The warmth of those windows made the outdoors, layered in shadows, seem barren indeed.”

6. Your novel has been published by Authors 4 Authors Publishing. Can you tell us how this came about and what your experience of being published has been like?

It came about through Twitter, of all places. I had only recently begun interacting with the writing community there, and one morning in December 2018, people were talking about something called PitMad. I looked it up and saw that it was a pitch event, where agents and publishers could respond to your book pitch.

Realizing at this point that I hadn’t written a query letter that I liked, so I certainly didn’t have a pitch that I could distill down to the appropriate number of characters, I filed the idea away and decided I would do it in March. I went upstairs, thought about it, said, “What’s the worst that could happen?” and came downstairs and wrote a quick pitch on my phone. I got likes from two agents and A4A, and in the end, I decided to go with them.

It’s been a great experience – they’re a fairly new start-up, and it’s very collaborative. I had input on my cover design, which I’m very pleased with, and they wrote my blurb (hooray!) but I got to review it before it was finalized.

7.  What has been most challenging in writing your stories and why?

The biggest challenge in writing historical fiction, for me, is that sometimes I have to stop and research before going on, because I run the risk of writing an entire section of story based on something that turns out to be wrong. It’s times like that when I wish I wrote more contemporary fiction, because then I would only be responsible for the plot, which is enough, and not keeping to an accurate historical outline – which I have to do, because discovering historical inaccuracies in books drives me up a wall.

8. Which three aspects of the writing journey have you improved on since you first begun your writing career?

I’m much less precious about my work. Even “good” writing can be improved, and I’ve learned to step away from a finished project for a time before trying to edit, because I’ll be able to see much more clearly what needs to be done to make it better.  Hint: usually quite a bit. “Good” doesn’t age well, it turns rapidly into “needs improvement.”

I think I’ve become better at the craft itself, and that’s just a matter of reading and writing for more years than I care to admit. I also read a lot of writing books, and listen to writing podcasts when I’m doing non-writing things like gardening.

I’m also more flexible in how I’m published – when I started writing, self-publishing wasn’t an option, other than through a vanity press, and small publishers like Authors4Authors didn’t exist. Finding an agent and being traditionally published seemed like the only option. I’m glad that’s no longer the case, because there are a lot of writers who would never be discovered in that world, and I’ve read many great books by indie and small-press published authors.

9. You’re working on another book. What inspired you to start writing your next book; Dear Sister.

I’m actually working on two books. Oops. Dear Sister was a way to change eras and bring myself into a historical period that wasn’t so far away – it’s set in the early 1930s, during the Great Depression. I was looking forward to researching a new time period, and I’ve done a lot of work on that book, but in the meantime, a character from Songbird stood up and announced that he had a story to tell, so I’m working on that, as well.

Dear Sister is about two very different sisters, one who married well and left home, and the one who stayed behind in their small coal town, married her childhood sweetheart, and had a family, and what happens to them when the Great Depression strikes. Ava, the sister who has little, now has even less – while Clare, the sister who has everything, is lacking the one thing that will make her complete. And it’s something that Ava has.

A Wider World is the second Tudor book, and it explores the life of one of my secondary characters. I don’t want to name him yet, but I’ll say that he did some questionable things in Songbird and now I’m learning why he did them. It’s fun to be back in a familiar place, and to see some of the scenes from Songbird from another angle.

10. What advice would you give a new writer?

To take your work seriously, but not too seriously. It’s a process, and no matter how long you write, you’re always going to be learning. The main thing I would say is that your first draft is not going to be the story that’s inside your head, and my recommendation – which is JUST a recommendation, because everyone’s experiences vary – would be to finish that first draft before starting edits or revisions. Leave notes in the margins, and if you make any substantial changes, write forward as if you’d included them in the beginning, but going back and making edits before I’ve told myself the entire story is, for me, a way to get seriously lost and never find my way out.

I’m a recovering pantser. I always thought I couldn’t outline, and that outlining took the spontaneity and creativity out of writing, but I was wrong. For Dear Sister, I did a detailed outline (after I had the initial idea that started the story) and I realized that an outline is just a framework, and I can still be plenty creative inside of that frame. Also, if the characters take over and start acting on their own, that’s fine – at least I have a map so I can lead them back, or if they’re really doing good things on their own, I can alter the outline.

12. What three things are on your current to-do list?

I’m doing more research for the second Tudor book – it extends into the reigns of Edward VI and Mary, and I’m not as familiar with the details of their reigns. I’m also working on the second draft of Dear Sister, because I changed it from third person POV to first person, and that’s making for some fiddly rewrites. And lastly, but most fun, I’m doing marketing and promotion for Songbird.

Wow! I have really enjoyed chatting with Karen and her experience of pitching on Twitter is just fabulous! I love that she seized the moment and dived in! Thank you too for joining us and please link up with Karen on any of her social media platforms below to keep up to date with all her news.