A Cup of Conversation with author Sarina Dahlan

It’s already the last day of January but you can be assured I’m finishing the month with a very special A Cup of Conversation with author Sarina Dahlan. Connecting with other authors is one of the most wonderful aspects of being part of the writing community and Sarina’s wonderful approach to her writing and the world of books shines through in this interview. She reveals her three big plans for 2019 as well as answers my questions with due consideration and care which is reflective in her writing too. So join me as I chat to Sarina now. 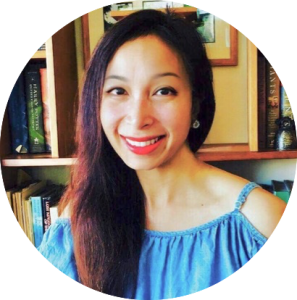 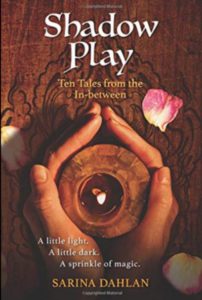 The first creative writing piece I remember was a poem I wrote in a pink diary with a tiny silver lock, which I got when I first came to the U.S. I’m sure I started writing before that—just nothing worth remembering. I think it was a love poem, which must have been pretty boring coming from a prepubescent girl whose idea of love was anaemic and uninspiring. I never shared it with anyone. It took me a really long time to develop enough trust in myself and others to share my writing. Years later, I don’t like pink and I don’t keep a diary, but the love of writing remains.

2. You were born into an Indonesian family in Thailand and have lived in the US since the age of twelve. How have your experiences coloured your writing?

I came from Kampong Java, a little Indonesian enclave in the middle of Bangkok. While well-assimilated, we were a minority with a different religion, culture, and food. When I moved to a small desert town in California I, again, was a minority. But being a minority gave me a comfort level with, and a deep love for, diversity. It also gave me a sense of pride in where I came from. Having travelled extensively, I can say that I have yet to encounter another place like Kampong Java. I wanted to share that part of me, and at the same time share the America I know with others. There are not a lot of books and stories that reflect the way I see both places—with complexity, nuance, beauty, and flaws. So I was determined to write one. Shadow Play: Ten Tales from the In-between is set in both Bangkok and the U.S., with characters that are different from each other in race, faith, age, perspective, value, and even the time period they inhabit. Yet, they are all linked by a karmic web. The collection reflects my own belief that all things and people are interconnected, and that decisions we make, however small, can affect the course of the world.

3. A reader has described your stories as, ‘making magic real and reality unsure.’ How do you do this and can you give us examples from your own work?

Having grown up in Thailand, instead of fairy tales I had ghost stories, myths, and legends. The country is old and has a long history. In addition to being a Buddhist country, it also has roots in Hinduism and Animism. There, magic and the supernatural are accepted more readily as a part of everyday life. There are spirit houses in homes, in front of hotels, schools, and hospitals. There are palm readers in parks under trees and in malls next to shoe stores. All of this coexists in a sophisticated modern society. I also noticed this trait in places like Myanmar, Cambodia, and Bali where legends and myths are told in the same breath as history. The predisposition to believe in the supernatural is very much embedded in the human psyche, but we’re also taught logic and reason. I address that dichotomy by bridging the seemingly at-odds concepts in my work. In the stories in Shadow Play: Ten Tales from the In-between, the supernatural is presented as a natural phenomenon. The characters, when encountered by it, are not surprised. While the stories are fictional, the places are real. I put a lot of care into describing the locations: the sight, the smell, the colors, the sounds, the feel. I wanted to anchor the readers to the reality of a place as they traverse each fantastical tale.

4. Are any of the characters in your books based on yourself?

In parts, but none in entirety. Ali, a young man in the short story Dust Bound, does reflect a moment of self-analysis in my twenties when I lived in Thailand for a year after college. I would say that places, more so than characters, are based on my own life.

In Shadow Play, it would be Blue from the short story, Call Me Blue. She’s a fifteen-year-old girl in search of her missing grandmother who we learn in the course of the story is a witch. She’s intelligent and brave. She takes matters into her own hands and is not afraid to go after what she wants even if it’s dangerous and might get her into trouble. In RESET, the speculative novel I wrote last year, my favorite character is Benja. He’s passionate, reckless, wicked smart and endearing. But he is also self-destructive. He’s a complicated character who sees things very clearly in his own way. He’s not afraid to go after what he wants even if it’s dangerous or would get him into trouble. I think there’s a pattern here. I like to write smart and brave characters, and I love to read about them. I don’t think I’m alone in being attracted to those qualities.

6. What are you currently working on?

I’m currently working on an untitled fantasy with magic, witches, and the supernatural. It is set in the U.S., Thailand, and the In-between, a place where magic resides. It’s an extension of the short story, Call Me Blue, with Blue as the protagonist and other characters from the tales in Shadow Play: Ten Tales from the In-between making appearances. The stories in my collection are connected and occupy the same universe, and in this novel, the connections are more apparent than ever. I’ve been reading a chapter a night to my children and so far, they really like it.

7. How do you organise your writing process and how do you prepare your books for release?

I have a messy mind but I work neatly. I write everything on my laptop. I put my notes and outline at the bottom of the manuscript so I can refer to them as I write. I edit as I go. I reread before I add to make sure that I don’t have plot holes. This makes for a slow writing process but when I’m done with my manuscript, it is not a first draft but rather a close-to-finished product. To prepare Shadow Play for release, and with very little funds, I enlisted help from my amazing husband and several generous friends who gave feedback and edited. I also had the help of a talented designer friend to create my book cover and typeset my hardcover, while I typeset the e-book and paperback myself. I published the hardcover through IngramSpark and published the e-book and paperback through Amazon. It was a lot of work but I just took a step at a time and asked a lot of questions along the way.

8. What do you do to relax or recharge and how does it help your writing?

I love to travel. It both recharges and influences me. I tend to start with a place in my stories, and the countries I’ve visited gave me inspiration. I went to Myanmar in the fall of 2016 and am itching to write something with it as a setting; maybe a love story with a bittersweet ending with some supernatural elements, something befitting the beauty of the place.

I’m a pantser for about the 1st third of the book. Once I have the shape of the story, I write an outline to see whether the idea is solid enough as a novel, which I guess makes me a planner. Then I more or less follow the outline while still giving myself the freedom to explore and veer off track (plantser?). There are also elements of magic and kismet in writing (especially around 3 AM) and sometimes stories write themselves. When that happens, I’m not sure if it fits into either category.

January has been such a lucky month for me. Many wonderful things are set in motion. I’m continuing to spread the word about Shadow Play: Ten Tales from the In-between, which includes a book signing in February at Warwick’s in La Jolla and (hopefully) a speaking engagement later in the year. I’m also working on finishing my untitled fantasy, which is almost half way done. I will also be partnering with my new literary agent to find a publisher for my speculative novel, RESET, which I had finished last year. My skeptical side is bracing for a crash but my optimistic side is expecting a front row seat to a spectacular fireworks display in 2019. It’s still early in the year so I’m going with optimistic.

I’ve really enjoyed having you Sarina and thank you so much for your wonderful engagement with me and my readers. Thanks too readers and followers and please connect with Sarina on any of har links below.