A Cup of Conversation with author G. Craig Vachon

Hello and welcome to A Cup of Conversation where I am joined by author G. Craig Vachon who is sharing his marvellous and inspiring story behind his writing and his main character Ralph who he says is “terribly similar to the me” but you will have to read on to find out why. He also shares his most surprising review amongst all the rave reviews his debut book The Knucklehead of Silicon Valley has received. All in all this is a fabulously fun interview so grab your cuppa and let’s get started. 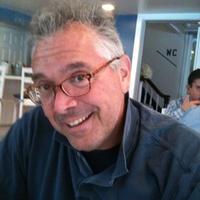 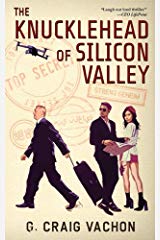 1. The story behind why you started writing creatively is wonderful. Can you share that with us?

I started writing when I first moved abroad [to Japan when I was 24 years old] and couldn’t afford long-distance calling. I’d type my earliest missives onto a single page and fax my adventures to friends and family. Because my mother and my mentor were fax recipients, I wrote in the third-person using my childhood imaginary friend’s name–Ralph–an amazing coincidence as that’s also the name of the protagonist of my comedic spy thriller. Inasmuch, my mother Bubsy couldn’t get too anxious/upset when “Ralph” did something dumb/dangerous/risque.

2. Who has most influenced your writing?

3. Congratulations on your debut novel The Knucklehead of Silicon Valley. How did the story come about?

It started as a series of travel logs, a way for me to keep in touch with friends and family. But when my mother was in deep with later-stage Parkinsons, she asked me to focus on combining these short stories into a novel. It was a fun process to keep that promise.

4. On one of your website videos you describe your main character, the protagonist of the story, Ralph Gibson, as “not a traditional spy” and “a little lumpy and bumbling” – he sounds fascinating and SO funny! How did you develop his character? Where did your inspiration come from?

Ralph is terribly similar to the author, [me]. Neither of us [Ralph nor I] would ever be confused as terribly smart, debonnaire or particularly handsome.

5. Can you share an extract from your novel with us?

“The flight was like a few hundred others. This particular one was from Boston to San Francisco. Five to six hours, depending on the winds.

Ralph had seat 1A. His seatmate in 1C, a small, well turned-out Asian woman, was very proud of her new purse. Ralph didn’t know the brand, but assumed it was expensive by the way she paraded it. Ralph hadn’t said more than a half-dozen words to her during the flight. She was in deep-dark-blue power suit, the business attire of a corporate lawyer or high-priced consultant. Ralph was wearing a sun-bleached pair of orange shorts and a zippered sweatshirt with a start-up company’s logo on the breast. Ralph sensed she was displeased to be sitting next to the unwashed masses.

Ralph probably wouldn’t have remembered her at all had she not been found dead when the attendant shook her shoulder on final approach. That, and Ralph had noticed that she drank his diet ginger ale while he napped somewhere over the flyover states.

The expensive purse fell from her lap to the floor when Ralph and the attendant attempted to resuscitate her. Despite twenty minutes of hard-fought attempts, with no trained medical personnel on the flight, she did not resuscitate. Oddly, Ralph noticed that her mouth tasted of ginger ale and something metallic when her body reflexively spit up the last few things she had consumed during the flight.

Perhaps by design, Ralph did not notice that a person matching the description of McKenna’s senior handler was the last person off the plane. And as he was barking into his phone, he appeared to be visibly upset.”

6. You have received a number of rave reviews. Which review has surprised you the most and why?

This particular review stunned me. It is too kind. Especially as it mentions one of my all-time favorite books. Wonderful.

“Fans of Neal Stephenson’s opus, Cryptonomicon, will thrill to Craig Vachon’s new exposé of the wild west of our digital era. As Stephenson introduced us to the beginnings of this era, Vachon’s adventure recounts peak Silicon Valley. Vachon’s protagonist, Ralph, glides into and out of a series of fantastic predicaments that might be less fictitious than we think. “This adventure is a good one, and you’ll enjoy every minute of it.” —Michael Gilligan, President of Seek Common Ground

7. You’re writing the sequel to your debut novel… what else can your readers expect to see Ralph Gibson getting up to?

Ralph will continue to find adventure. He’ll expose the ne’er do wells. He’ll right wrongs, all while laughing at himself and continuing to learn.

8. Who has given you the most useful advice in relation to your writing and can you share that advice.

I love that my editor [Randy Rosenthal of Harvard University] asked me to make my protagonist even more of a knucklehead [with more obvious flaws]. Readers apparently love flawed characters. Ralph [and the author] has plenty of flaws.

9. What has been most challenging in writing your story and why?

10. I’m whispering now…You graduated third-in-your-class (sadly, it was from the bottom of the ranks – your words, not mine) from a very expensive prep school with a formal dress code. How did this not-so-good experience propel you forward to have the success you enjoy today?

I’m the luckiest person I’ve ever met. The act of failure [or near failure] is just another learning opportunity. Life is better when you never stop learning.

Pantser [with a very modest plan in my head]

I signed a two book deal with my publisher. So Ralph’s knuckle-headedness and further adventures are being chronicalled. The second novel takes place in the 30 days immediately following the first book and has all the same characters, plus a few new ones [as Ralph builds his spy network].

Thank you for joining us Craig and for introducing us to Ralph and your book. I wish you all the best as you continue

writing more of his adventures!

And for those of you reading, why not connect with Craig? I have included his social media links and other platforms below.